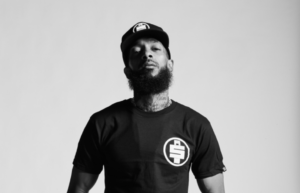 The highly respected Nipsey Hussle was shot and killed in Los Angeles today, right outside of his store Marathon Clothing. According to NBC News, there are two other men in serious condition after sustaining injuries during the shooting.

Nipsey Hussley’s legal name is Ermias Ashgedo and he was only 33-years-old. He was a father, and shared a child with his girlfriend Lauren London.

The suspected shooter responsible for taking Nipsey Hussle’s life has not been captured. But hours before his fatal shooting, he tweeted, “Having strong enemies is a blessing.”

Having strong enemies is a blessing.

Nipsey Hussle’s death has hit many hard. Here are a few of the many reactions that were posted on social media:

Sincerest condolences to Nipsey Hussle’s children and loved ones.

Want to join the discussion?
Feel free to contribute!